Meghan Finn: «”When we went electronic” is my favorite play I’ve ever directed» 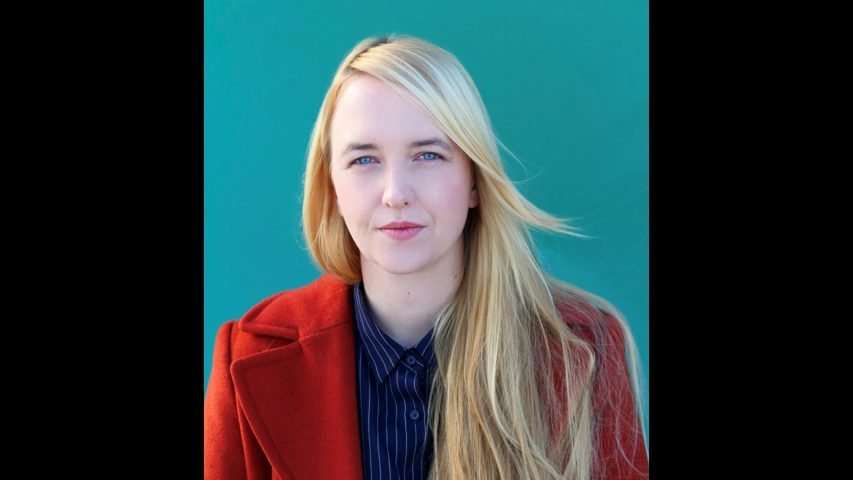 Meghan Finn, artistic director at The Tank Theatre, directs the play «When we went electronic» of Caitlin Saylor Stephens that will be performed on November 6th and 7th at Roes Theatre.

It’s a play that will make the audience feel the excact way the character felt when something terrible happened to her. Are you ready to experience that trauma?
Meghan Finn analyses the play of Caitlin Saylor Stephens titled «When we went electronic» that will be performed on November 6th and 7th at Roes Theatre.

The Tank Theatre, one of the most influential off-off Broadway theaters, is coming to Greece for the first time, to present the critically acclaimed by The New York Times performance «When we went electronic», directed by the theatre’s artistic director Meghan Finn.

«Ι first read the play “When we went electronic” of Caitlin Saylor Stephens in 2016, that was an early version of it» says Meghan Finn.
«I think my first thoughts, in a word, were terror. It’s a very dangerous play, it really evokes strong emotions because of the stereotypes it is using and untill you understand what the show is after, it can be really upseting.
It has all those Euro-pop music influenced songs that just rocks out of it, but from a purely staging stand point and how you make those seemless transitions from a directorial standpoint, it’s challenging and I didn’t know how to do it.
I saw a workshop that I didn’t direct first of it and then I ended up doing another workshop of it and it was really through those two kind of itarations that I was able to unpack it and kinda knew how we could make it happen». 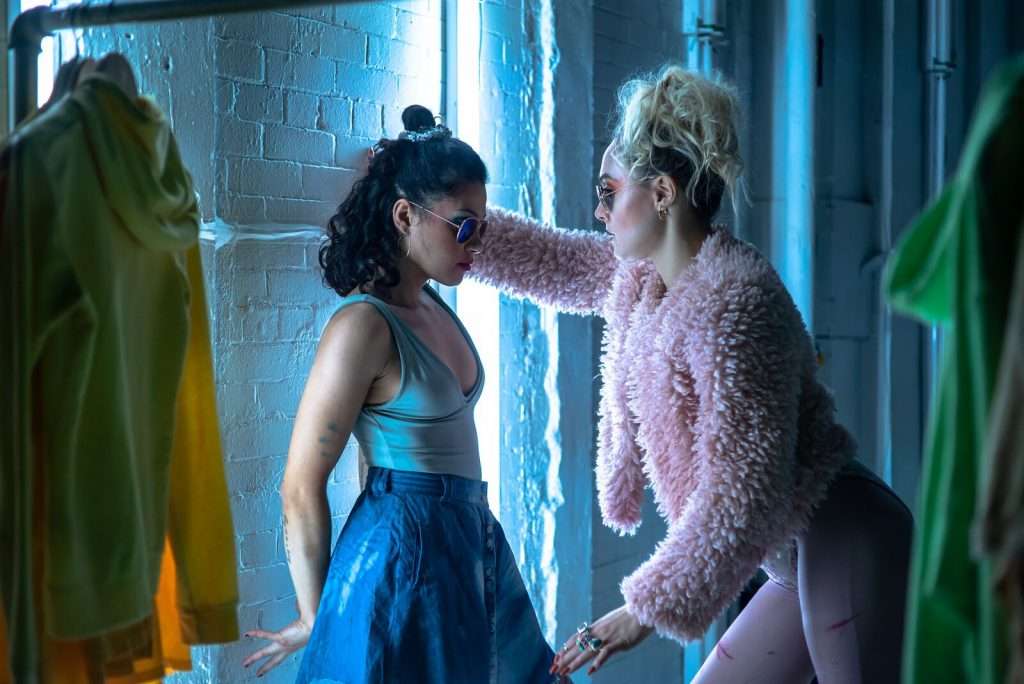 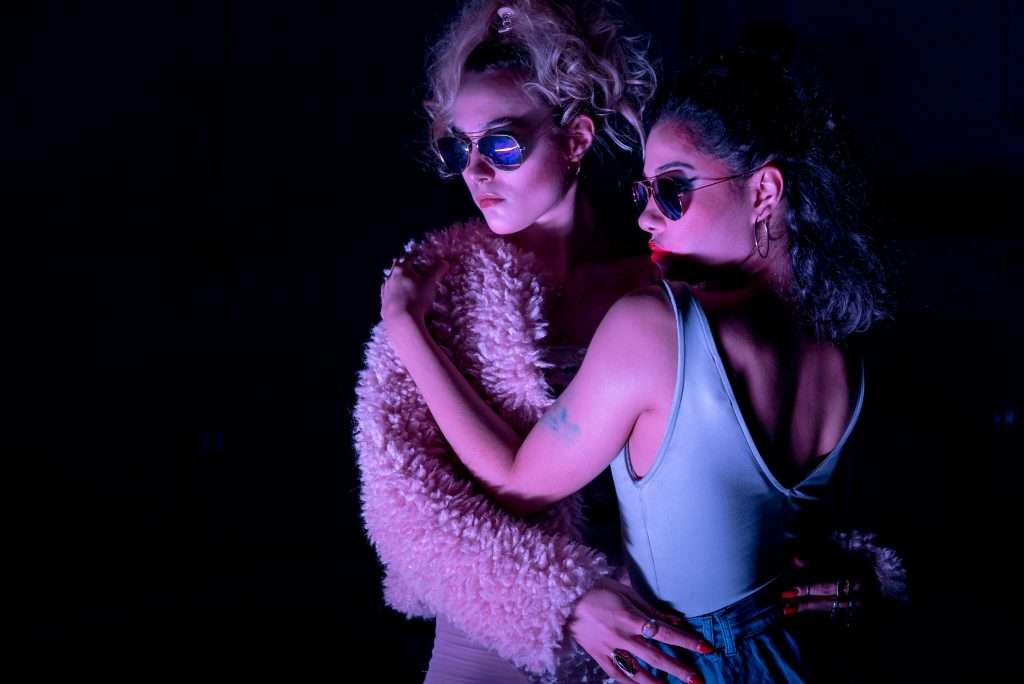 «It means to really put the audience through the experience of undrestanding what trauma actually fells like» explains Meghan Finn.
«I think when we talk about rape and we see depictions of it on stage or on film it’s from a perspective of looking at the victim from the outside in. This play is about experiencing it from the inside out.
What we are doing is really satirizing this trope, this idea of a dump bitch and taking it to such an extreme in order to subvert the misogyny that comes along with that image to really get after to what it actually fells to go through that trauma.
It’s done with comedy, so that’s why it’s challenging and I think that’s why it is a violent play, because even the comedy is violent. I think by the end of the play you are invited to understand what it happening.
Truethfully these two women, Brittany (performed by Madelyn Robinson) and Bethany (performed by Drita Kabashi) are one woman. The one is torturing the other throughout the play, she is the deamon that is created by her own subconciousness and this other side of her, the mean girl, the dump bitch, this ultimate manifestation of misogyny is her concious.

In the end, in order to remember what happened to her she has to relive the rape that happened to her. And so she relives it within herself and then she kills that part of herself in remembering. There is a kind of sick twisted hope at the very end, because it’s very honest.

The last moment of the play is really like a naked moment, an emotionally naked moment by the caracter who is the victim of what’s happened. Just saying this is where I am at, this is what I feel and so she breaks the fourth wall and tells the audience that what you just witnessed is what I experienced. And that’s from the playwriter’s own life. It’s my favorite play I’ve ever directed because it transforms you and I don’t think anyone has seen anyhting like it, because it’s a comedy, it has these musical gestures but it’s so violent and raw». 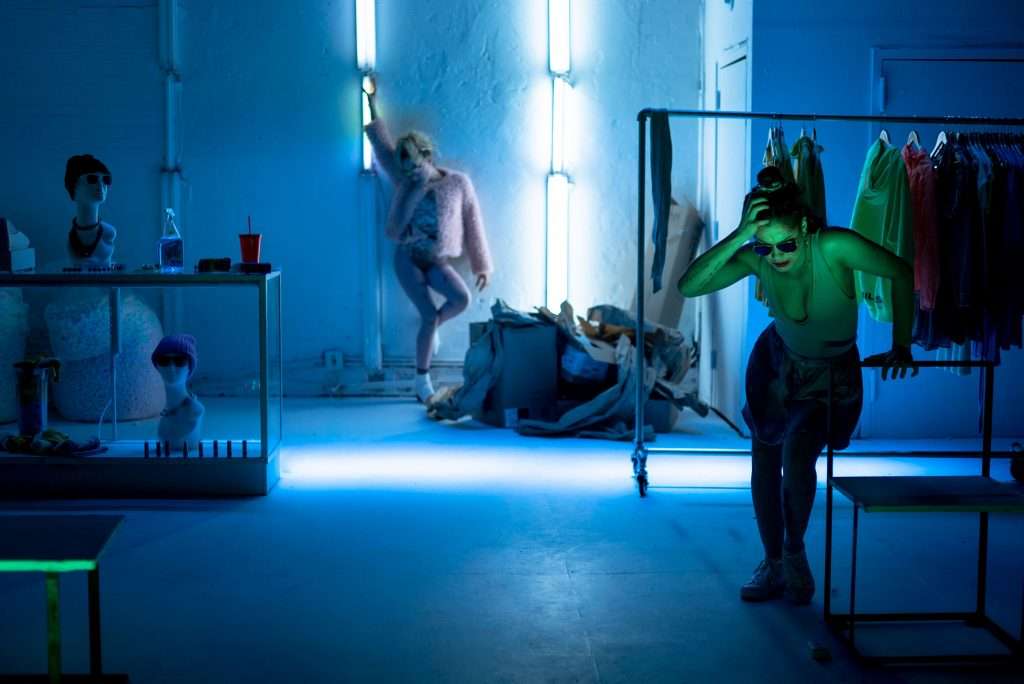 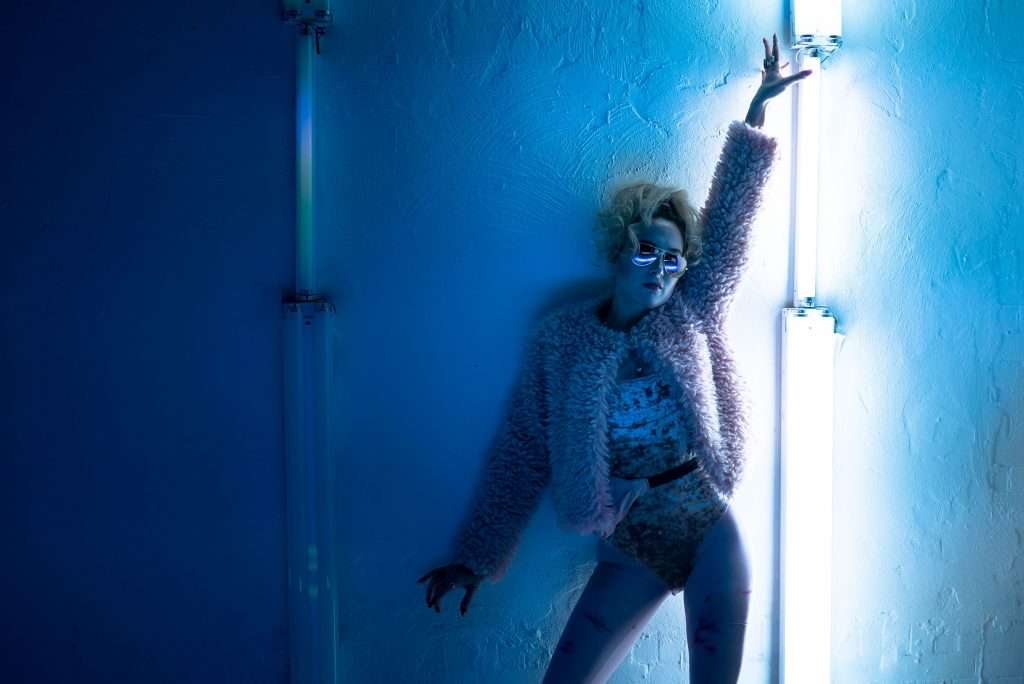 Invitation to Athens and the reopening of Broadway

«We were invited to Athens by Ioli Andreadi and Aris Asproulis we they came to New York to my theater The Tank in 2019. The idea was to exchange projects every couple of years. We planned to do this and then covid happened, so now we are able to come back and next we are going to Italy.
Ioli Andreadi and I, met about eleven years ago at the Lincoln Center Directors Lab, so I’ve known her for many years now.

In New York, the Delta variant obviously slowed down the reopening of Broadway theaters. People need to be vaccinated to see a performance, I saw myself a Broadway play last week and I understand that people are coming to see Broadway shows.

At our theatre, the Tank, we are still playing with less capacity, though theaters can be open with 100% capacity but for the comfort of our audiences we’ve done surveys and saw that lots of theaters did the same to see how people feel more comfortable.
I think that’s gonna be a big shift here, considering that children from 5 to 12 years old will start receving their vaccines at Nonember 8th».

«When we went electronic»

The show is presented in English with Greek surtitles.
Tickets: https://www.ticketservices.gr/event/when-we-went-electronic-theatro-roes/?lang=en 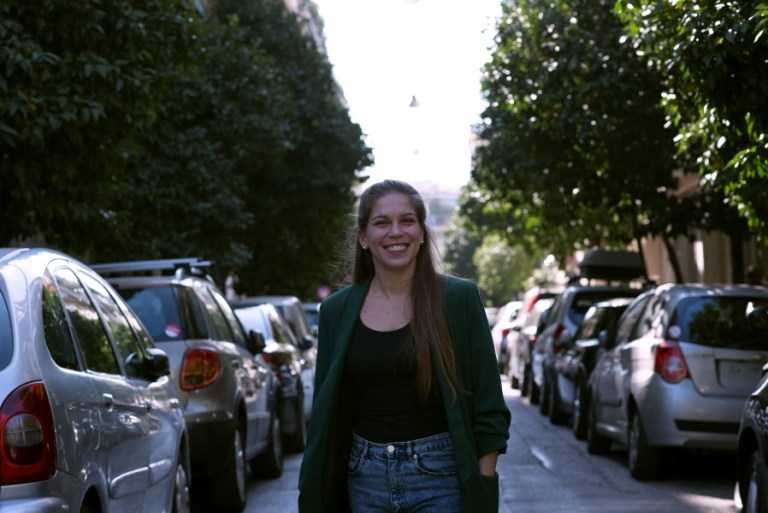 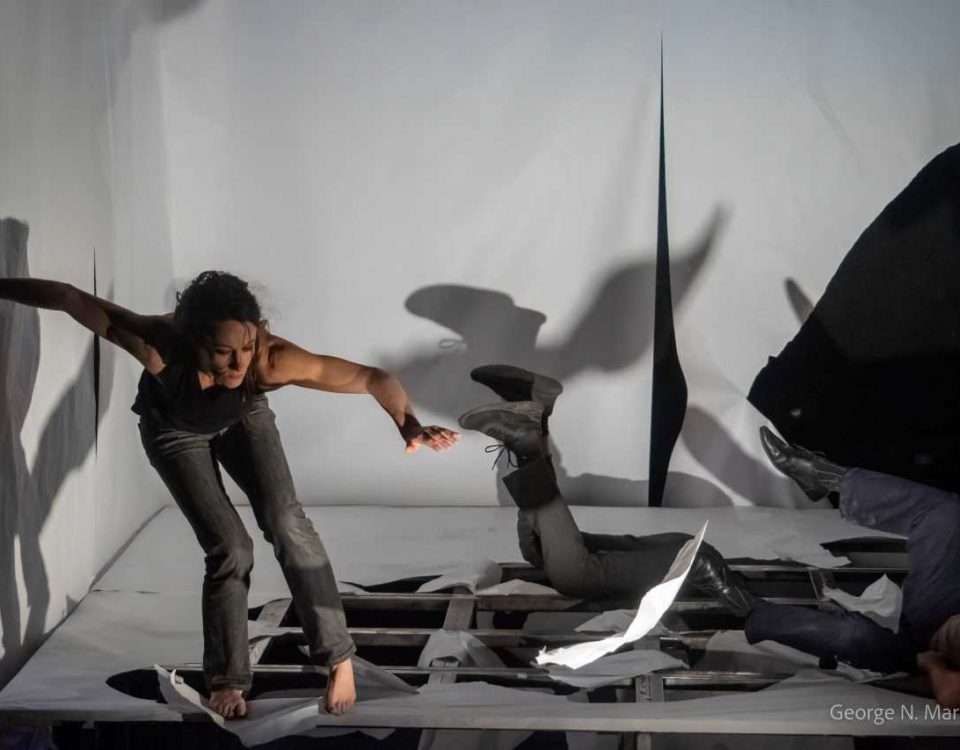 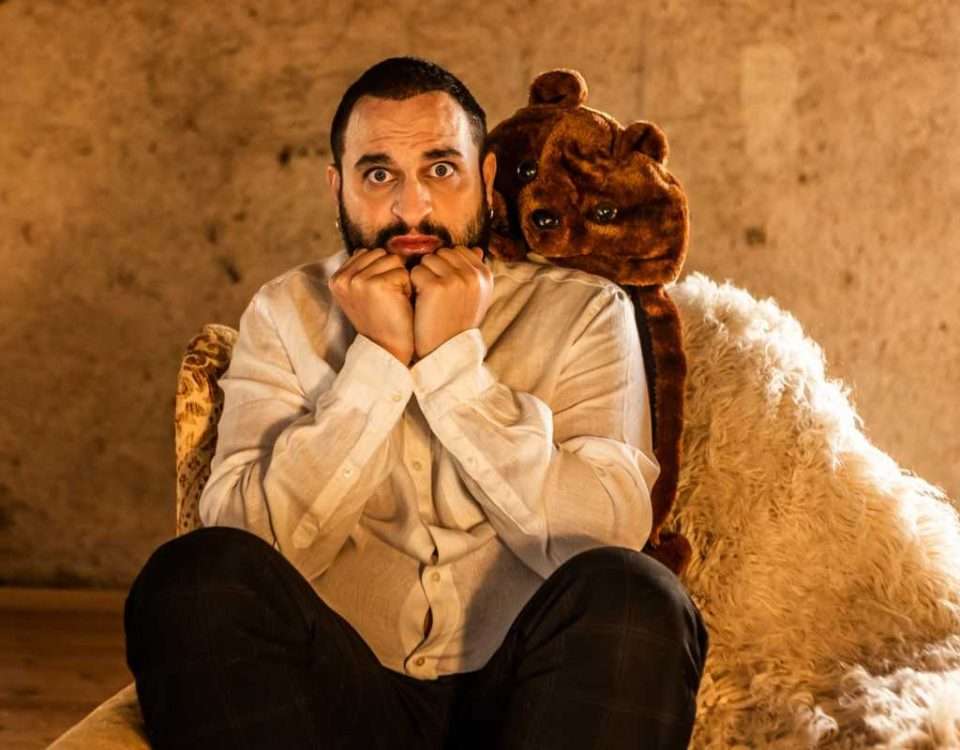